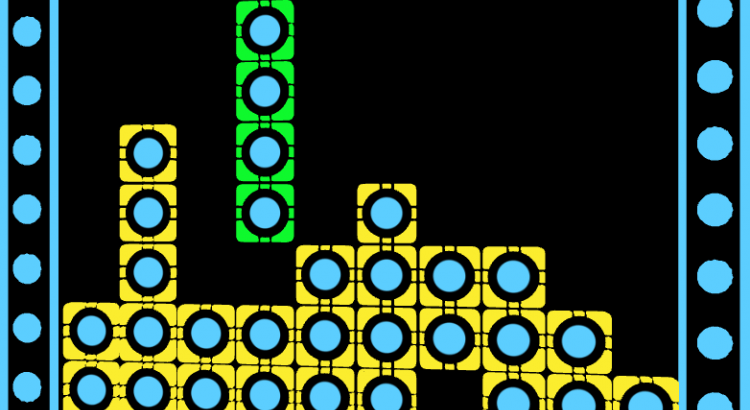 My game development experience is closely related to the igdc.ru contests. I used to take part in those contests when I was studying at the university and even later.

In this post I’d like to show you one of my games.
It was anniversary 100th contest and topic was set the same as the first contest ever – tetris The deadline for contest was 18 days. There were no limitations as for game engine and build size so I decided to use Unity engine – just because I love it

It also allowed me to make a WebGL build to make it playable in a browser.

It’s not so easy to bring something new in such an oldschool gameplay but I tried.
The game is called RUSH HOUR. That’s because you will be RUSHED several times per minute. 28 rush waves are made with predefined params and will surprise you. Finally I’ve got the 2nd place. Actually I’d prefer the 1st. But 2nd is fine too.

Music and sound are created by my brother Maxym Kokoiev. You can check his soundcloud – sounds nice.
3D models (yes, there are 3D models lol) are kindly provided by my friend Kirill Vnukov.

I recommend you to play with sound enabled – this way you will understand why game “hangs” for several seconds before RUSH. To disable sound just mute tab in your browser.

You can find the sources on the github.